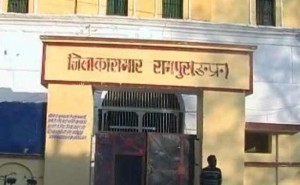 BAREILLY: There is outrage over the arrest of a class 11 student in Uttar Pradesh for allegedly posting a comment on Facebook that was attributed to senior Samajwadi Party leader and the state’s Urban Development Minister Azam Khan.The 19-year-old student of a Bareilly school is in jail after being booked under the controversial Section 66A of the IT Act and for breach of peace by the Rampur police, on a complaint filed by Azam Khan’s aide Fasahat Ali Khan.
The police arrested the student on Monday and produced him yesterday in court, which sent him to the district jail. He spent last night in jail and is set to do so again today since his bail plea will be heard only tomorrow.
Supporting police action, Azam Khan said, “I know exactly what goes on in Facebook. Things like this have happened in the past as well… With the Chief Minister, another distinguished minister and myself.”
Azam Khan’s aide said, “I informed the police that this person has posted controversial and inflammatory post in the name of Mr Khan which is a lie. It has hurt the feelings of both Hindus and Muslims and maligns Mr Khan’s image.””During questioning, he told us that he did not understand the real meaning of what he was posting,” Rampur Superintendent of Police Sadhna Goswami said.
Bahujan Samaj Party chief Mayawati said today her party strongly condemns the teen’s arrest.”Why does Azam bhai get so angry, it’s is wrong to jail minors,” said the Congress’ Rajiv Shukla. The student’s lawyer has, however, clarified that he is not a minor or under 18 years of age.
On social media, there is fresh protest against the use of Section 66A which deals with offensive messages sent through a computer. Conviction can mean a three-year jail sentence and a fine. It has been challenged as an attack on the Fundamental Right to freedom of speech and expression.