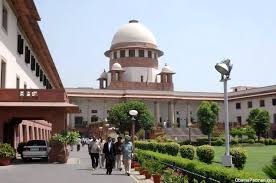 NEW DELHI : The Supreme Court on Wednesday dismissed a petition which sought the apex court’s direction for fixing cooling off period for judges before taking up any government assignment post retirement.
The plea had sought SC direction for fixing a cooling off period anywhere between 2 to 5 years.
Former Chief Justice RM Lodha, who retired last month, had said that no CJI or Supreme Court or high court judge should accept any government position or occupy a constitutional office at least for sometime after retiring.His comments were in apparent disapproval of his predecessor P Sathasivam accepting the Kerala governor’s post.
While interacting with the media just before his retirement, Lodha had advocated a two-year cooling-off period.“I hold the view that the Supreme Court chief justice and judges, the high court chief justice and judges should not, post retirement, accept a constitutional position or positions connected with the government. Should it happen, it should be after a cooling off period of two years,” the ex-CJI had said.
As there are certain statutes requiring an institution or a tribunal to be headed by the retired chief justice of India, apex court judge or high court chief justice, Lodha had said that one option was to amend these statutory provisions paving the way for alternatives or a wait of two years.
“If you want to stop it (judges occupying statutory bodies like NHRC or the tribunals), then amend these statutory provisions,” he said.“At least for sometime a judge is not given a constitutional position,” he said.Categorically rejecting the possibility of his becoming the first Lokpal or occupying any government position, Lodha had said: “You will not see me in any government position.”