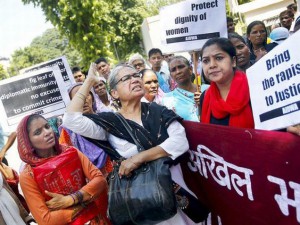 NEW DELHI: As the diplomatic crisis over the Saudi diplomat accused of raping two Nepalese women employed by him showed no signs of easing, India has asked the Saudi government to waive the official’s diplomatic immunity and cooperate in the investigation.

Chief of Protocol Jaideep Mazumdar called on the Saudi Ambassador, Dr. Saud Mohammed Alsati, on Thursday and formally asked that diplomatic immunity be waived for the First Secretary, who allegedly held the women as sex-slaves at his residence in Gurgaon. In a tweet, MEA spokesperson Vikas Swarup wrote that the Chief of Protocol had “conveyed the request of Haryana police for cooperation of the Embassy” to the Saudi Ambassador.
According to the Gurgaon police’s detailed report submitted on Wednesday, the diplomat and his father-in-law were accused of raping the women, a crime to which their wives were accomplices, and they had sought permission to proceed against them and question them at the earliest.
“There is prima facie evidence of abuse, sodomy and rape by the diplomat and his father-in-law,” said a senior official handling the case, warning that the serious nature of the charges meant the case could “escalate if allowed to linger.”
The Saudi Embassy refused to accept the charges against the diplomat and issued a strong protest to the government on Wednesday on the police’s conduct as well as what it called “false and unproven” reports in the media.
Officials concede that while it is highly unlikely the immunity would be waived given the Saudi Embassy’s statement, such a request is necessary to proceed against the diplomat. In the next step, the government could declare the diplomat ‘persona non grata’, and withdraw his diplomatic accreditation. This would effectively revoke his visa and protection to his family, and force the Saudi government to repatriate the diplomat or allow him to be expelled from the country.
“Time is of the essence here. It would be best if the Saudi Embassy act swiftly to send the diplomat back on its own,” former IFS officer Pinak Ranjan Chakravarthy told Media>