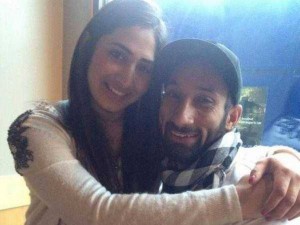 NEW DELHI: India hockey captain Sardar Singh has been accused of sexual harassment by his fiancee. A British woman, who got engaged to Sardar in 2012, filed a written complaint with Ludhiana police on Tuesday. Police though have verified the complaint, but an FIR is yet to be registered.
The 21-year-old has made some shocking allegations against the Indian skipper. She said Sardar had also forced her to abort their child in 2015 and has since abandoned her.
“I met him during the London Olympics and we got to know each other better after that. We got engaged but in 2015 I got pregnant. He told me to abort the child, which I did against my wishes and without getting support from anyone,” she was quoted as saying by the Indian Express.
She has also reported that the hockey midfielder “mentally, physically and emotionally tortured” her.”He has been ignoring me and has refused to marry me after that incident. He has harassed me emotionally, physically and mentally. I have filed a complaint and hope I will get justice,” she said.
Sardar, who is currently playing for Punjab Warriors in the ongoing Hockey India League, has denied assault reports.”I know her, but it’s wrong to say that I have assaulted her. I am sad to hear about such a thing,” Sardar told to a TV Channel.
Sardar said he is focused on Rio Olympics and does not want to get distracted by such news.”I will speak to my lawyer about the issue. My focus is on Rio Games,” Sardar said.