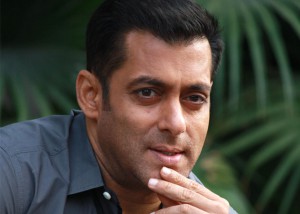 MUMBAI: This year worked remarkably well for Bollywood ‘Dabangg’ Salman Khan. The prestigious Forbes India has released its annual list of top 100 celebrities in India. This time the coveted crown has been given to none other than superstar Salman Khan.
For the first time ever in past three years, the top slot has been taken by someone else besides the king of romance Shah Rukh Khan. The 49-year-old ‘badshah’, however has slipped to third position in the this years’s list. Well, the reason behind this fall happens to be no release of SRK, besides ‘Happy New Year’ (and that too released in October), whereas the counting months for Forbes India list is October 1, 2013 to September 30, 2014.
Interestingly, the second spot has been bagged by none other than megastar Amitabh Bachchcan. Looking at the number of followers Bachchan senior has on micro-blogging site Twitter, he proudly owns his top slot. Forbes India has generated the entire list of top 100 Indian celebrities for the year 2014.