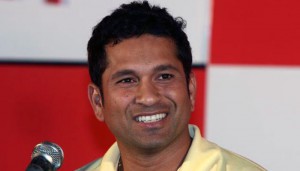 MELBOURNE: With the World Cup around the corner, cricket icon Sachin Tendulkar gave batsmen in international cricket a peek into his mantra for success while batting in the challenging conditions and wickets of Australia and New Zealand. One of the most decorated cricketers in the history of the game, Tendulkar played in six World Cups from 1992 to 2011. The one in 1992 was his maiden appearance at the quadrennial extravaganza.
“Perth and Brisbane are renowned for their fast and bouncy wickets that will easily expose inexperience. Both, batsmen and bowlers have low margins for errors. As a batsman, if you understand the pace and bounce, then you could get on top of the bowling,” Tendulkar wrote in his World Cup column for ICC.
He added: “For the bowler, the good-length spot is smaller in area on these wickets and the batsman can capitalise if the line and length falters. But if they extract bounce from the good length areas, then it would make the batsman’s life difficult.”
The 41-year-old, who retired from international cricket in November 2013, cautioned the batsmen to be wary of the wind factor in New Zealand. “In New Zealand, batsmen will have to beware of the windy conditions due to the geographical locations of some of the venues. The wind sometimes can be strong enough to seriously affect a batsman’s timing, playing against the wind your back lift is faster but the down-swing is considerably slow, while the ball is coming on faster and vice-versa from the other end.”
Tendulkar is the most successful batsman in ICC’s pinnacle event with 2,278 runs in 45 matches, including 482 runs in nine matches in India’s successful campaign in the 2011 World Cup.He spoke about the ground shapes and long boundaries in Australia and New Zealand. “The other peculiarity of grounds in New Zealand is that not all of them are the traditional round shape. In Australia, the Adelaide Oval, true to its name, has shorter boundaries at point and square leg but very long straight boundaries. As a visiting team, this makes a big difference because it affects the field positions and bowling strategies,” Tendulkar said.
“The bigger grounds in Australia also result in longer boundaries. I remember when they had full boundaries during the ’99 series, I called for a fourth run on a Ricky Ponting throw from the boundary. We ran in spite of Ricky’s strong arm, knowing that the ball would take some time to reach the wicketkeeper. Even though the boundaries have been brought in since then, they continue to be long.
“For players struggling with form, the additional fielder in the circle will pose a challenge as rotating the strike will be tougher. But at the same time, as a batsman let me say that if we have two in-form batsmen at the crease … Then, God help the bowlers!”Tendulkar is the leading run-getter in ODIs with 18,426 runs in 463 matches. Tendulkar was the player of the 2003 World Cup when India finished runner-up to Australia.