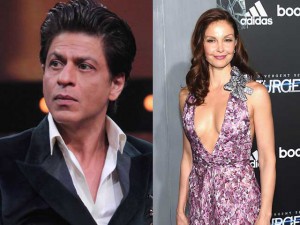 MUMBAI: Within a day of each other, actors Shah Rukh Khan and Ashley Judd have publicly denounced social media trolls – SRK in a single explosive tweet, Ms Judd in an opinion piece on ‘online gender violence.’Sandwiched between a tweet about building muscles and one about his young son AbRam, an angry outburst from SRK describes some abusive posts from others on his timeline as ‘dirty crap,’ and asks – “Obviously you don’t have b***s in your pockets or elsewhere. So are you just excited to be on my TL?”
Twitter is also the battlefield Ashley Judd describes in a powerful article titled Forget Your Team:Your Online Violence Towards Girls and Women is What Can Kiss My Ass.The actress, who appears in the new sci-fi film Insurgent, writes about receiving explicit threats of sexual assault after tweeting about a particular team ‘playing dirty’ during a football game last Sunday.
Ms Judd, an activist for women’s rights, identifies ‘online gender violence’ as a social media experience that affects millions of female users daily. She writes: “What happened to me is the devastating social norm experienced by millions of girls and women on the Internet. Online harassers use the slightest excuse (or no excuse at all) to dismember our personhood. My tweet was simply the convenient delivery system for a rage toward women that lurks perpetually.”
In the article, in which she later writes about surviving rape and incest, Ms Judd diagnoses part of the invective aimed at her as being motivated by her profession as an actress: “Grow thicker skin, sweetheart. I’m famous. It’s part of my job description.”
Several celebrities have, in the past, admitted to having trouble dealing with social media criticism in its more extreme forms. A year-and-a-half ago, Ben Affleck told TV host Jimmy Fallon that he was a ‘Luddite for a while’ after the Internet pronounced him unfit for Batman duty in the most vicious terms. Currently, two young celebrities have been made targets of Twitter hate for allegedly being spotted with women other than their girlfriends – One Direction singer Zayn Malik has abandoned a concert tour midway due to ‘stress,’ and Miley Cyrus’ fans have directed death threats at her boyfriend, actor Patrick Schwarzenegger.