NOIDA: Chandra Mohan Sharma, an RTI activist who had fought against illegal encroachments, was found dead today inside his car in Noida adjoining Delhi.Mr Sharma’s body was charred and the car was also burnt. A case of murder has been filed by the police. 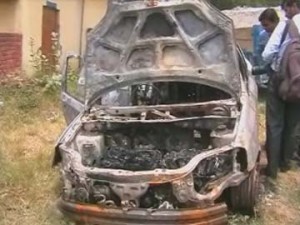 His family has alleged that he was murdered; he had reportedly filed a complaint on Wednesday alleging a threat to his life and named some people. The family accused the police of not acting on that complaint.Mr Sharma had filed an RTI, or Right To Information query on the alleged illegal takeover of temple land near his home in Greater Noida.