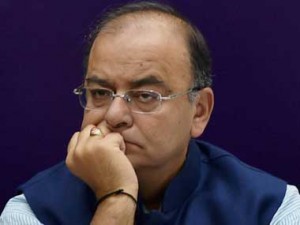 NEW DELHI: BJP leaders who made comments that “deviated from our main theme of development” contributed to the party’s humiliating defeat in Bihar, Finance Minister Arun Jaitley said in a Interview with NDTV today.
Mr Jaitley said, “I intervened on many occasions to correct that narrative but the camera has fondness for those capable of spoiling that narrative (of development).”
Despite Prime Minister Narendra Modi’s energetic and extensive campaigning for his party, the Bharatiya Janata Party was crushed in Bihar by the partnership between Nitish Kumar and Lalu Yadav, who won 178 of the state’s 243 seats. The BJP accrued 53.

Analysts and critics say the loss is a blow to PM Modi’s appeal as an invincible vote-winner after he stormed to power in last year’s general election with the biggest mandate in 30 years.  Complaints have also been mounting about his failure to nail down major reforms to boost investment and help create jobs for tens of millions of young people
Galvanised opposition parties are now expected to step up efforts to derail his  government’s plans to push promised economic reforms through parliament.  Among them is the national Goods and Services Tax or GST, which aims at combining the country into a unified marketplace by removing multiple levies.
The GST was passed by the lower house or Lok Sabha, where the government is in a massive majority, but it was stalled by the opposition in the Upper House or Rajya Sabha, where the opposition is dominant.
“GST will get through, it’s just a matter of time.  For the Congress to obstruct it indefinitely may not be possible,” Mr Jaitley said, vowing to push ahead with reforms and allay fears of a slowdown in the government’s agenda.The stock exchange fell as much as 2.3 per cent in Monday’s morning session on the BJP’s defeat before recovering some losses.
Mr Modi turned the month-long Bihar election into a test of his popularity, fronting some 30 rallies during the campaign and promising thousands of crores in financial schemes and investment for one of the country’s most impoverished states.
“It was not a mistake for the PM to be the face of the  campaign,” said Mr Jaitley, rebutting those who said the BJP turned the Bihar contest into a prestige battle that has severely dented the PM.

“The PM has an impact up to a point but no poll is won or lost on one factor, there are several contributing reasons,” the Finance Minister said.