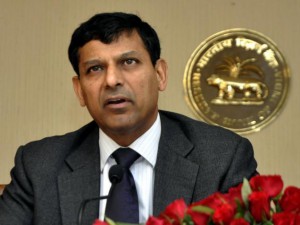 MUMBAI:In a surprising move, the Reserve Bank of India (RBI) cut the benchmark repo rate by 50 basis points to 6.75% at its latest Monetary Policy Review meeting on Tuesday. Markets had predicted a 25bps rate cut.
Reserve Bank of India on Tuesday cut its key interest rate by 50 basis points to 6.75 per cent, lowest since May 2011.
In the fourth bi-monthly Monetary Policy Statement for 2015-16, Governor Raghuram Rajan also announced a downward revision, the second this year, in the Reserve Bank’s growth projection for the year—to 7.4 per cent from the earlier 7.6 per cent.
The Governor said that underlying economic activity remains weak on account of sustained decline in exports, rainfall deficiency and weaker-than-expected momentum in industrial production as well as investments.
Surveys also show that business sentiment has been falling in recent quarters, he said. “In India, a tentative economic recovery is underway, but it is still far from robust.” The inflation target set in the Monetary Policy Agreement, between the Modi Government and the Reserve Bank, of 6 percent for January 2016 will be achievable, Dr. Rajan said. Inflation would in fact be a shade lower at 5.8 per cent in January, he said.