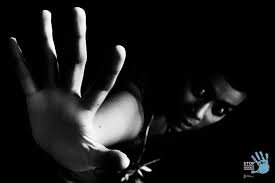 Kolkata: From Park Street to Lubpur, Birhum, from 2012 to January 2014, the number of rape cases have of late increasingly entered rural Bengal for the last one year in a faster space.
Though politicians, especially ruling TMC, aren’t exactly bothered and depend on police and more `daredevil victims’, but growing cases have really spread mortal fears among young girls both married and unmarried, in urban and rural Bengal, though Government has so far shown no tendency to overhaul the law for a tougher one which would execute exemplary fastrack disposal of these cases and meting out exemplary punishments!
As for example, Banerjee who entered into a bitter controversy after her comments on Park Street case, she maintained a conspicuous silence over growing rape cases.
In Labpur tribal girl case where Santhal village headman ordered execution of rape on grounds that she refused to pay the fine or change her marriage option, Mamata, angry with police inaction, ordered out district SP for complacencies and “inaction,’’ but issued no statements though, according partyinsiders, she sees growing rape cases have posed a major political problem as they are emerging as villain silently denouncing and questioning her administrative competence!
Not merely this, these growing cases have also plashed dirts on the image of the State which even two decades back were safe and honourable for women!
And observers here see no reason to blame either Pradesh Congress chief Pradeep Bhattacharya or CPI(M) leader Biman Basu who felt these rape cases “are actually tarnishing nationally image of Bengal. Rapes for years (not fully correct) wasn’t a known phenomenon in our state, but now we have them here!’’
Speaking to this reporter, an eminent sociologist said: “Not only political complacencies, what actually inspired the (both educated and illeterate) criminals are rather vulgar TV adds, fast changing life-styles increasingly adopted by all both in rural and urban Bengal, have emerged as villain of the piece and forcing sex on unwilling women is no more considered as sin!’’
Interestingly, a rebel CPI(M) leader Razzak Mollaha recently (publically) warned women to “dress well….’’
Apparently, Razzak who spoke a little like the sociologist, was condemned not only by women groups, but also his party comrades!
But leaving aside the debate, “political change may have also triggered a change in its socio-cultural outlook by its neo-converts,’’ said a senior politician.