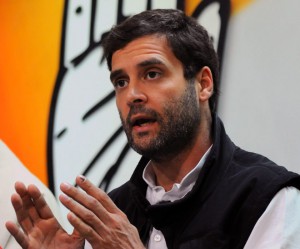 NEW DELHI: Congress vice president Rahul Gandhi is likely to return to office after taking a “leave of absence” for over a month to “introspect things”, according to news reports on Monday.

There have been indications that he may take over the mantle of the party as the tenure of Sonia Gandhi as party chief is coming to an end this year and a decision regarding his elevation to the post of party chief is also expected to be taken after his return.

Meanwhile, senior Congress leader Mani Shankar Aiyar on Monday said that Gandhi scion’s elevation to the post of party chief will be discussed once he comes back.
“Whether Rahul Gandhi wants to become the president or not, he will tell us when he comes back,” Aiyar was quoted by a News Agency.
He added that if Rahul agrees, then the matter will be discussed in the working committee with Congress chief Sonia Gandhi putting forth her views after which the party will decide.
Meanwhile, Congress general secretary Digvijay Singh had earlier confirmed that Rahul is set to return from his long sabbatical and will address kisan rally on April 19.Sonia Gandhi had also said that Rahul will “come back soon and will be among people.”