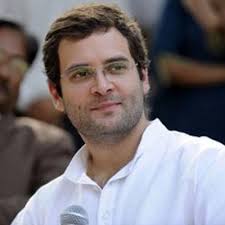 NEW DELHI: RSS mouthpiece Organiser has alleged that Congress vice-president Rahul Gandhi claimed his salary and availed benefits during his 56-day leave of absence in February-March.The report “Expose: Rahul gets pay without work” was published in the latest edition of Organiser.
“It pays to be a Gandhi. Ask Rahul Gandhi, the 44-year-old scion of the Gandhi dynasty. While common people would be stripped of their salary for being absent from office for 56 days, Rahul Gandhi not only gets his salary but is not even docked even a single day’s pay,” said the report.
A Member of Parliament is entitled to a salary of Rs 50,000 per month and allowance of Rs 2,000 when the Parliament is in session. However, to avail the benefits MPs have to sign in a register maintained for the purpose.
“Yet, despite an absence that was recorded publicly — by the media, by the people in his constituency, by the absence of any signature in the register kept in Parliament — Mr Gandhi was still paid his full salary of Rs 50,000, along with the daily stipend,” said the Organiser report.
“He not only left the session… he didn’t even bother to inform the house or his constituency voters about his whereabouts. Being a public person, he is paid from the public exchequer. Yet, the public doesn’t know why he was missing. Or that he got his salary without being penalised for being absent from Parliament, simply because he needed a break,” the report said.
“Is this what he was elected for? So that he could go off on holiday whenever he wants, and still pocket a substantial salary. Any other common man would have had to give an explanation, or his resignation, after remaining missing from work for so long,” said the report.