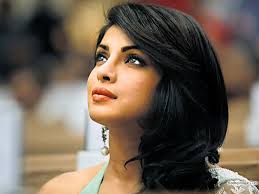 MUMBAI: The Sherlock-style deduction trick never gets old! This time it is used by Priyanka Chopra in the first eight minutes of her ABC show Quantico.
Priyanka Chopra recently revealed the name of the first episode of Quantico and now the Barfi star has brought first 8 minutes of that first episode to tease her fans.
The episode starts with Priyanka’s character, Alex, lying face down amid all the chaos and rubble. Her introduction is intercut with other scenes introducing rest of her fellow recruits as they all head to start their training at FBI training centre in Quantico, Virginia.

There are a lot of personalities and they all come with a lot of baggage. In the first 8 minutes Priyanka Chopra manages to hold your attention. Let’s hope the momentum stays the same for rest of the season. Quantico will premiere of SUnday, September 27 on ABC.