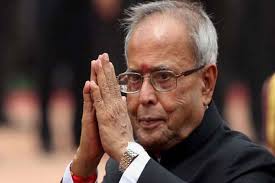 NEW DELHI : President Pranab Mukherjee last night spoke to Union Minister Shashi Tharoor and condoled the death of his wife Sunanda Pushkar.  An official spokesperson of Rashtrapati Bhavan said the President called Tharoor and conveyed his condolences.
Sunanda Pushkar, who was upset over an alleged extra-marital affair between her minister husband Shashi Tharoor and a Pakistani journalist, was found dead in a five-star hotel room which police suspect may be a case of suicide.
The body of 52-year-old Pushkar, a woman entrepreneur who married Tharoor in August 2010, was found in mysterious circumstances in luxury Leela Palace hotel in South Delhi.