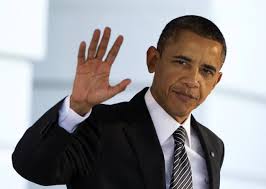 WASHINGTON: President Barack Obama has reiterated United States’ support for India’s membership of a reformed United Nation Security Council as he considers it a foreign policy priority to continue to strengthen India-US relationship
“What the President said was that he said in the context of a reformed Security Council that the President would support the inclusion of India in that process,” White House press secretary Josh Earnest told reporters Tuesday.
“So that continues to be our policy and one that we are certainly aware of,” he said when asked about Mr. Obama’s declaration of US support for India’s membership of the Security Council during his November 2010 visit to India.
“The President, as we’ve talked about on a number of occasions, genuinely enjoyed the visit that he had to India back in January,” Mr Earnest said referring to Mr. Obama’s historic visit to be the guest of honour at India’s Republic Day this year.
He “takes very seriously the kind of opportunities that exist in that friendship between the United States and the world’s largest democracy in India,” he said.
“And this is a relationship that continues to strengthen in a way that has both national security benefits for both countries, but also in a way that has important economic benefits for both countries,” Mr. Earnest said.
“And the President certainly considers it a foreign policy priority to continue to strengthen that relationship,” he said.
Asked about the future of the illegal immigrants after a US court stayed the operation of Mr. Obama’s executive action to temporarily protect from deportation about five million illegal immigrants, including thousands of Indians, Earnest said they were working through the legal system.
“We continue to be working through the legal system to appeal the ruling of the district court judge that prevented the implementation of some aspects of the President’s immigration executive actions,” he said.
“And that’s a legal process that’s ongoing. We continue to have very strong confidence in the legal strength of those arguments.”