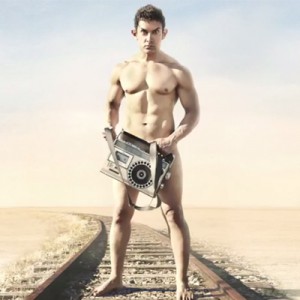 MUMBAI: Aamir Khan’s PK has released last Friday amidst much fanfare and has got a good response in the box-office. But that did not stop the controversies from erupting. After the first poster created ripples and sparked protests at various regions all over the nation, once the movie released fringe Hindutva groups started outraging against the PK makers for allegedly hurting their religious sentiments .

The groups accuse there are multiple scenes in the film which are extremely hurtful to Hindus and their religious sentiments. According to the religious groups, the entire imagery of Aamir running around Shiva in the film has offended them . But actor Aamir Khan looks unperturbed in face of all the charges.

He said, “We respect all religions. All my Hindu friends have seen the film and they have not felt the same. Even Raju is Hindu, so is Vinod and so is Abhijat. In fact 99% of the crew was Hindu. No one would have done such a thing”, he clarified. But that everyone will have different viewpoints is something that Aamir knows and respects as well.”I think that this is a democracy where everyone has their own opinions and I respect everyone’s viewpoints, their feelings and their opinions. Having said that, I don’t think that any of us are talking about any one religion in particular. I think there have been utmost care taken in telling the story in a sensitive matter and not a sensational matter”

Rajkumar Hirani, who directed the movie further adds, “We have not done anything for which people can tell we have deliberately hurt anyone’s religious sentiments. The core idea of the film is just that we are not born with a birthmark proclaiming we are Hindus or Muslims or Sikhs or Christians. It is just that like a baby is born without any pre-conceived notions and is made to follow a certain lifestyle and perform certain rituals, we decided to have Aamir as an alien which meant he too did not have any idea or notions about what religion is here on Earth.
A newborn baby is taught to follow certain rules and act according to one’s religious traditions. When they grow up and have their own set of ideologies, they think their ways or methods are right and others are wrong. To a Hindu, some ritual might be done in a certain manner or something might be considered sacred. But for Muslims, it might be something else. That is what we tried to portray that our ways are different, not by choice, but our faith remains the same”

“In Munnabhai, we tried saying that doctors should be compassionate. It was a message , not for all doctors because not all doctors are uncompassionate. Similarly this message is for a particular section of people who exploit and use others for their own benefits, in the name of religion”

Right away a question rises. Are all spiritual gurus in the country wearing such masks? ‘No’, says Aamir as he continued saying. “There are a lot of spiritual gurus as well who will make you feel better and who are devoid of such notions. They inspire and enrich you with ideas and they are great spiritual leaders. This film does not target them. But it is for them who are corrupt and are trying to take advantage of you to sell their products”

Claiming all these practices as institutionalised religious activism, the duo also claim that these are not just merely harming people’s sensibilities but are also detaching them from their faith and God. “I feel that the biggest thing is the connection which each one of us has with God. that is the primary relation. If I have to pray, talk or communicate to God and share my feelings, or troubles with Him, nobody needs to tell me how to do it. It is between my maker and me that the relationship exists”, said Aamir.

But is Aamir also a religious person by heart? “Everyone has personal preferences but I don’t go much for rituals. I respect it when my mother or Kiran’s mother who is a Hindu wants me to perform any rituals. I do it out of my respect for the people I care for. I personally don’t believe in them but I am happy to do it if that makes someone happy”, he proclaims.

Aamir, being the unabashed and outspoken person that he is, does not deny that he was expecting such a backlash for the film. Yet, he did hold his ground stating these are ‘issues that need to be talked about’. “Faith is an extremely integral part of our lives. I think Raju, Abhijat, me genuinely feel that faith should not be robbed. We also need faith for life. But blind faith or andh vishwas is unnecessary because many people exploit us under the garb of such masks. Especially the needy and the poor are exploited the most. How sometimes under the name of religion you are doing things that your religion does not allow you to do – like killing people. Religion does not teach you to do such things but some people pretend that it is religion that is asking them to do such things”, added Aamir.

Although many have gone onto Twitter in support of Hindu organisations and sparked an online protest with hash tags like #BoycottPK trending nationwide, there have also been a fraction of the audience who have come out in full support for the actor and his film. As a result, along with #BoycottPK, #WeSupportPK also started trending on the social networking site. But Aamir believes Indian audience, at large do not feel the movie insults their religious sentiments.

“I think Indian audience is not feeling this. For everything that anyone does, you have to realise that there would be one person who would stand up and say something negative. People criticised Satyamev Jayate also. So there’s no end to that. The collections are only rising and is only indicative of the fact that the people are watching the film and they are liking the film as well. It is rising by 20-30-40% each day which does not happen if people don’t like the film. If you don’t like the film, the numbers drop instantly. So clearly, I think that certainly this film is taking a stance against those groups or those people who are exploiting others.”

Taking a strong stand for his audiences, Aamir also clarified that the protests are structured by the people who are most likely to be harmed by the message that’s preached through PK. “Those who want to maintain the status quo and does not want to change anything because of their own benefits are putting a net on your eyes. They won’t like this film. It’s more like a parda phaash for them. Even in Satyamev Jayate we have seen many times that people who benefit from the status quo does not want it to change. So they are usually the guys you need to be careful about”.  Aamir signs off only after warning his audiences of the ills that still continue to plague the Indian society today. 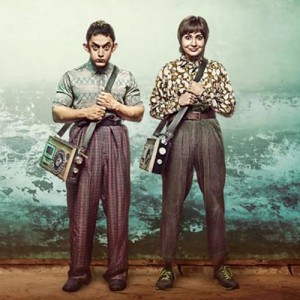 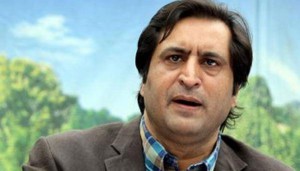 Next post Want to serve people of Jammu and Kashmir: Sajjad Gani Lone