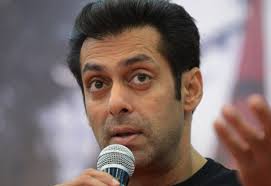 MUMBAI: Bollywood celebrities, but off lately, they have been boycotting celebs who display bad behaviour or pricey attitude. Let’s take a look at stars who have been boycotted by the press.
Salman Khan
During the promotional event of his last release Kick that Salman Khan’s bodyguards had a spat with photographers and the actor showed no sympathy. To make matters worse, he passed an apparently rude statement, “Those who want to cover the event are welcome to stay, the rest can leave if they wish.” Naturally, this didn’t go down well with media, which decided to boycott the star till the release of the film.

Shraddha Kapoor
According to reports, Aashiqui 2 actress allegedly made a group of photographers wait for two long hours and then finally refused to pose for photographs. This was after her last release Ek Villain became a hit. Though her father Shakti Kapoor came to her rescue but the media had already decided to ban her. The boycott continued till Shraddha personally met with the union of photographers and sorted the matter before the promotions of her upcoming movie, Haider began.
Saif Ali Khan and Kareena Kapoor Khan
The royal couple faced the ire of media way back in 2010, when they reached at a promotional event quite late. Though Saif came up with an apology citing traffic as the reason for being late, but the journalists and photographers chose to walk away from the event without covering it.
Amitabh Bachchan
Even the mega star Amitabh Bachchan wasn’t spared by the press. He faced media ban at a time which was the high point of Amitabh Bachchan’s career; this was when he was churning out hits after hits like Sharabi, Lawaaris and Deewar to name a few. The fact was recently revealed by Big B on his blog, in which he wrote that the ban came because the press apparently believed some sources, who claimed that Bachchan had supported the idea of Emergency and ban on press. During that period, media stringently decided to not cover AB in interviews, pictures and or news.
Meanwhile, Photographers, who have decided to boycott events of actor Salman Khan, were Friday missing from his press conference to announce `Bigg Boss` season 8. Asked if was missing the photographers, Salman said: “What can I do… I can’t force anyone.
I have not stopped them from taking my pics… they have banned me and taken a stand. All I can say is do it quitely, respectfully and not like ‘macchi (fish)’ market.” To a query if he will try and make peace with the photographers, he said: “I don’t have a problem, they got angry. I think they should make peace with themselves.”