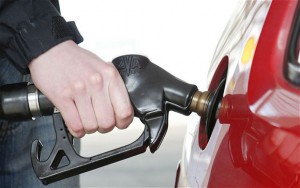 NEW DELHI : The government on Friday said that petrol and diesel prices in India are much lower than rates in most of the developed countries except the United States.Data presented by Minister of State for Finance Jayant Sinha in the Lok Sabha showed prices of petrol and diesel in India at Rs 60.49 per litre and Rs 49.71 per litre, respectively. However, the prices of both products are higher in India when compared with other South Asian countries like Pakistan, Sri Lanka and Nepal.
“From the above, it may be seen that the prices of petrol and diesel in India are not the highest in the world,” Mr Sinha said.The comparisons were available for countries France, Germany, Italy, Spain, the UK, Japan, Canada, the US, Pakistan, Bangladesh, Sri Lanka and Nepal.In reply to a question on absorbing the hike in excise imposed recently on petroleum prices, he said there was no impact on the retail price of petrol and diesel on account of increase in excise duty since November 2014.