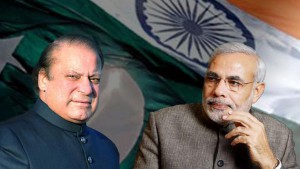 NEW DELHI: Pakistan PM Nawaz Sharif on Tuesday assured India of taking “prompt and decisive action” against the terrorists behind the Pathankot attack as the Indian leader pressed for immediate steps on “specific and actionable” information provided to them.
“PM Modi received a call this afternoon from the Prime Minister of Pakistan regarding the terrorist attack on the Pathankot airbase,” the PMO tweeted.
During the telephonic conversation, Modi “strongly emphasized the need for Pakistan to take firm and immediate action against the organizations and individuals responsible for and linked to the Pathankot terrorist attack,” the PMO said in a statement.
The statement said “specific and actionable information in this regard has been provided to Pakistan”.

The PMO further said, “Sharif assured Prime Minister Modi that his government would take prompt and decisive action against the terrorists.” The development comes a day after Pak Foreign Office said in a statement that they are working on the “leads” provided by India on the terror attack on the IAF base in Pathankot.

Extending Pakistan’s deepest condolences to the Government and people of India on the “unfortunate terrorist incident” in Pathankot, a statement by the spokesperson of the Ministry of Foreign Affairs said, “We understand the pain of many families who have lost their dear ones in this tragedy, as Pakistan itself is a major victim of terrorism.”
Noting that the terror attack that left seven security personnel dead has been categorically condemned by Pakistan, the spokesperson said, “In line with Pakistan’s commitment to effectively counter and eradicate terrorism, the Government is in touch with the Indian government and is working on the leads provided by it.”

It has been a gloomy beginning of the New Year for India and its security forces. Seven soldiers and a civilian have been killed in terrorist initiated violence in Pathankot, Punjab, while four brave soldiers of the Indian army have died in a snow avalanche in Siachen. Sacrifice in the call of duty is not new to the Indian soldiers, but such incidents during a festive season do leave behind a feeling of melancholy and dejection.
The terror attack on the Air Force station in Pathankot has gripped the nation in the first week of 2016. It is, however, not unexpected. After Prime Minister Narendra Modi called on his counterpart Nawaz Sharif in Lahore, Pakistan on December 25, many experts spoke of the possibility of a violent reaction by Pakistan based terrorist organisations functioning under the patronage of the Pakistan Army. It has not taken too long for the prediction to come true.
Post the attack, the debate in India has centred on the lack of proper reaction to available intelligence inputs which led to loss of lives in the incident. While this is an important and sensitive issue that needs serious thought, what is more important is to take note of the repercussions on Indo-Pakistan relations.