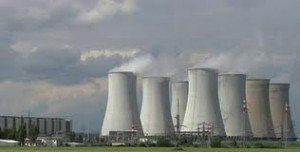 W DELHI: The fourth nuclear reactor of Pakistan capable of producing plutonium for use in nuclear weapons has just become operational, the government on Wednesday informed the Lok Sabha.
In a written reply in the House, Minister of State for External Affairs VK Singh said the Indian government is aware of Pakistan’s nuclear reactors at Khushab.
“Government of India is aware that Pakistan is operating nuclear reactors at Khushab capable of producing plutonium for use in Pakistan’s nuclear weapons. According to reports, the 4th such reactor has just become operational,” he said.
Singh, however, said the government is committed to taking all necessary steps to safeguard India’s interests on the basis of India’s national security requirements.
In reply to another question on alleged spying on Indian missions, he said government is aware of reports stating that US national security agency spied on 38 diplomatic missions of foreign countries, including the Indian Embassy in Washington, by implanting bugs and using specialised antenna.
“Government has expressed concerns over the reports of monitoring of the Indian embassy and our mission to the UN in New York by US agencies. Government has raised these concerns with the US authorities at senior levels,” he said.
In reply to another question, Singh said that during the current financial year India has spent Rs 580.52 crore (till January 2015) on assistance to Afghanistan.