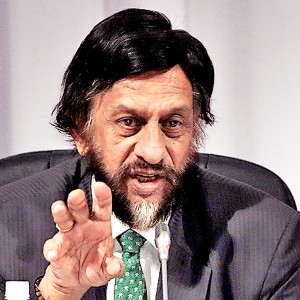 NEW DELHI: The complainant in the sexual harassment case against climate scientist R K Pachauri has resigned from TERI alleging that the organisation treated her in the “worst possible manner” and harmed her “mentally, professionally and economically”.
In her resignation letter to TERI HR Director Dinesh Verma, the complainant, a research analyst, has said that despite the enquiry committee finding Pachauri guilty of misconduct, the organisation has “failed” to do the “bare minimum” to ensure that she is not impacted.
“Your organisation has treated me in the worst possible manner. TERI failed to uphold my interests as an employee, let alone protecting them.
“The organisation has instead protected R K Pachauri and provided him with full immunity, despite being held guilty of sexual harassment at the work place by your own inquiry committee.The Governing Council too let me down in an unprecedented way,” she said.
“The Council could not even suspend a man pending inquiry and took no action despite the indictment. You also created a hostile environment for me which has only escalated and showed no signs of subsiding whatsoever.It is becoming clear that the Governing Council works for the DG and under his instructions.
“There has been no changeover in the DG as well as stated on 23 July, 2015.I am tendering my resignation from TERI with immediate effect,” the complainant wrote in the letter.
The complainant had registered a complaint against Pachauri for sexual harassment at the workplace and lodged an FIR with Delhi Police in February 2015.
The complainant also alleged that the organisation had changed her work profile and played “deaf” to all her request for not doing so.”You changed my work profile and played deaf to my requests for not doing so.I was given zero explanation of taking such an action and none of my emails/requests were heeded to.I only got vague responses.
“I refuse to be associated with an organisation such as yours for the way you have mistreated me, for not standing by the law, for not having respect for my capabilities, for doing nothing to ensure that my career is not harmed and instead harmed me mentally, professionally and economically,” she wrote.
She also said that she tendered her resignation without any prejudice to her rights to claim salary, damages and other dues/costs for the “gross misconduct and mental torture” meted out to her at the work place, apart from taking all pending litigation to their logical conclusion.
On February 13, an FIR was registered against Pachauri on charges of sexual harassment under IPC sections including 354 (assault or criminal force to woman with intent to outrage her modesty), 354 (d)(molestation) and 506 (criminal intimidation).
The court had granted him anticipatory bail while imposing the conditions that he will join the probe as and when called and not enter the TERI office premises.
In the place of Pachauri, TERI governing council had on July 23 appointed Ajay Mathur as its Director General.

Pachauri had also stepped down from United Nations’ IPCC and the Prime Minister’s Council on Climate Change.