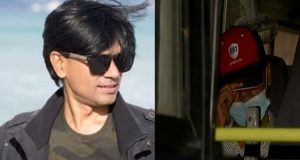 NEW DELHI: The Top Court has agreed to hear on Friday the plea of Alt News co-founder Mohammed Zubair for quashing the FIR and bail in connection with a case registered against him in the Sitapur district of Uttar Pradesh for allegedly outraging religious feelings. A vacation bench of Justices Indira Banerjee and JK Maheshwari said on Thursday that the matter be listed on Friday subject to clearance from the Chief Justice of India.
“Let the matter be listed on July 8, 2022, before the appropriate Bench subject to assignment,” the bench said in its order. During the hearing, senior advocate Colin Gonsalves, appearing for Zubair, said his anticipatory bail was rejected by the Allahabad High Court and subsequently he was arrested.He said that Zubair is the co-founder of Alt News and his job is to fact-check news and he was doing the role of identifying hate speeches.

“A look at the FIR shows that there is no crime but there is a threat to his life as people out there are threatening him,” he said while urging the court to list the matter urgently. An FIR was lodged against Zubair in Uttar Pradesh under IPC section 295A (deliberate and malicious act intended to outrage religious feelings) and section 67 of the IT Act here on a complaint by Hindu Sher Sena Sitapur district president Bhagwan Sharan on June 1.
Zubair was arrested by the Delhi Police on June 27 for allegedly hurting religious sentiments through one of his tweets. The Delhi Police has invoked new provisions — sections 120B (criminal conspiracy) and 201 (destruction of evidence) of the Indian Penal Code (IPC) and section 35 of the Foreign Contribution (Regulation) Act — against Zubair. The appeal of Zubair against the Allahabad High Court order of June 10 was filed through advocate Satya Mitra.
The petition said it is a “new police strategy for registering FIRs in hate crime cases against the criminals as well as those monitoring and protesting hate crimes.” Zubair said that the allegations in the impugned FIR (lodged in Sitapur) even if taken on its face value and if accepted in entirety do not prima facie disclose any offence, and that is a fit ground for quashing of FIR, as has been held in a catena of judgements of the apex court.
The appeal said that it is therefore imperative that this Court understand this new strategy and nip it in the bud so that secular social activism continues on its path and plays the most necessary role in society to stand up to communalism. Zubair said that Alt news is a solution-focused organisation that undertakes multiple activities including journalistic, technological, and educational, with the ultimate aim of increasing critical thought in society, promoting information and media literacy among the masses, and reducing the harmful effects of misinformation, disinformation and hate speech on the society.
“The petitioner also ensures the wide-reachability of Alt News stories by promoting them on social media through his social media handles. Due to the nature of his work, he is often subjected to online trolling, abuses, threats, and frequent demeaning by people who do not agree with his views,” he said in his appeal.
He said, “on April 2, Mahant Bajrang Muni Udasin, chief priest of the Badi Sangat Ashram in Khairabad area of Sitapur district, gathered with hundreds of his followers in front of Sheeshe Wali Masjid, Khairabad and threatened mass sexual violence against Muslim women in the presence of the police. There was a full-fledged attempt to incite violence in the area.”
Zubair said that the video of his provocative and inflammatory hate speech went viral on social media resulting in campaigns and demonstrations seeking his arrest. “The hate speech was so objectionable that the Chairperson, National Commission for Women, took note of the incident and condemned the statement made by the Mahant. She also wrote a letter to the UP Director General of Police seeking immediate intervention and registration of the FIR against the accused and also his prompt arrest. It was only after this letter, that an FIR was registered against Mahant Bajrang Muni and he was arrested on April 13, 2022, 11 days after the hate speech,” he said.
Zubair said, “Those who engage in hate speech are numerous and many. They are well organised. They operate as a group identifying secular persons who speak out against hate speech and then contact one another to file multiple FIRs against innocent people who are speaking out bravely against hate speech”. He added that an FIR was registered in Delhi alleging that he had put up objectionable material from his Twitter handle and similar FIR was lodged in Chhattisgarh and Uttar Pradesh.
Meanwhile,r eacting sharply to the German foreign ministry’s comments on fact-checker Mohammed Zubair’s arrest, the government today called it “an internal issue” and said it was needless to comment on a case that is before the court.”This is our internal matter. The matter is before the court. Our legal system is independent. Any comment on it is unhelpful. It’s not right,” Foreign Ministry spokesperson Arindam Bagchi said. The German foreign ministry had used sharp words on the detention of Mohammed Zubair.
“Free reporting is beneficial to any society and restrictions are a cause for concern. Journalists should not be persecuted and imprisoned for what they say and write. We are indeed aware of this specific case and our embassy in New Delhi is monitoring it very closely,” a German foreign ministry spokesperson had said. He said the European Union had an ongoing human rights dialogue with India and “the freedom of expression and freedom of the press” are a focus of those discussions.
“India describes itself as the world’s largest democracy. So one can expect democratic values like freedom of expression and freedom of the press to be given the necessary space there,” asserted the German spokesperson. Mohammed Zubair, cofounder of fact-check website Alt News, was arrested in Delhi on June 27 over a 2018 tweet. Days before that, he had flagged suspended BJP spokesperson Nupur Sharma’s controversial comments on Prophet Muhammad on a TV show.

On July 2, the police added an extra charge against Mr Zubair under the Foreign Contribution Regulation Act and he was kept in custody for 14 more days. On July 4, another case was filed in Uttar Pradesh against him for calling three hate-accused Hindu hardliners “hatemongers”.
The foreign ministry of Germany has spoken against the arrest Indian journalist and Alt News co-founder Mohammed Zubair. Speaking at a press briefing, the ministry spokesperson said, “…we are of course committed to the freedom of expression and freedom of press all over the world. This is something of great importance. And that also applies to India.”
“Free reporting is beneficial to any society and restrictions are a cause for concern,” the spokesperson continued in German. Journalists should not be persecuted and imprisoned for what they say and write. We are indeed aware of this particular case and our embassy in New Delhi is monitoring it very closely. We are also in contact on this with our EU partners on the ground – the EU has a human rights dialogue with India and freedom of expression and freedom of the press are a focus of those discussions with India.”
“India describes itself as the world’s largest democracy. So one can expect democratic values like freedom of expression and of the press to be given the necessary space there,” he went on. Richard Walker, a journalist with DW, asked the spokesperson why Germany has seemed recalcitrant in criticising India about its press freedom record, when it is a lot more outspoken about other countries where such abuses take place. Even after Zubair has been in custody for a week and a half, Walker asked why the spokesperson could not be more specific in his criticism of the Indian government’s actions.
“I would not say I was not precise in my criticism,” the spokesperson responded. “Rather, I was very open to speaking on principle about the importance that we attach to freedom of expression and freedom of the press. And so that speaks for itself.”
Zubair was first arrested by the Delhi Police on June 27 for a 2018 tweet and spent five days in police custody. On July 2, the police slapped an additional charge under the Foreign Contribution Regulation Act and the chief metropolitan magistrate sent Zubair to Tihar jail for an additional 14 days. Then on July 4, another case was filed against him in Uttar Pradesh, and a Sitapur court remanded him to another 14 days judicial custody for calling three Hindutva hardliners – who have themselves been charged with hate-related offences – ‘hatemongers’.
The cases against Zubair have been criticised by press bodies, former judges and rights activist from across India and the world.
(With Media Inputs ).