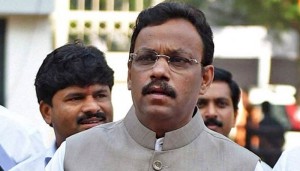 MUMBAI: After Pankaja Munde, another Maharashtra minister has been accused of irregularities in awarding contracts.As per newspaper reports, the School Education Department has been accused of awarding a contract worth Rs 191 crore without following the e-tendering process. That contract was cleared by state Education Minister Vinod Tawde.
Reports added that the state Finance Department has ordered a detailed investigation into the alleged irregularities.The contract has, meanwhile, been put on hold following the probe sought by the Finance Department.Tawde has rubbished the allegations stating the contract has already been put on hold following objections by the Finance Department and that no money has been paid so far.
Not one paisa from the government exchequer has been misused, Tawde told reporters today.He was earlier quoted in newspaper reports as saying that the file regarding the contract was first moved during the previous Congress-NCP government. The then Education Minister Rajendra Darda had also favoured the contract, he added.
The contract was for supply of fire extinguishers to 62,105 zilla parishad schools in Maharashtra. Every school was to receive three fire extinguishers worth Rs 8,321 each.
The School Education Department had on February 11 earlier this year authorised the Education Director (Primary), Mahavir Mane, to enter into the contract.The contract was awarded by the Education Director (Primary) to Thane-based Reliable Fire Engineers on February 27.
However, no approval was taken from the Finance Department before clearing or signing the contract.According to a Finance Department note reported by The Indian Express, “Official communications show that the orders were issued following Tawde’s directives dated January 6.”
Earlier, Minister for Women and Child Welfare Development Pankaja Munde was accused of corruption in awarding contracts worth Rs 206 crore.