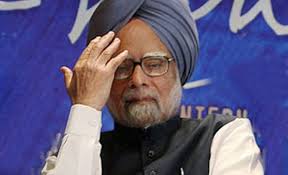 NEW DELHI: Former prime minister Manmohan Singh told CBI that he did not try to “influence” anybody, nor was there “any undue haste” in awarding the Talabira-II coal block to Hindalco, which was initially refused.
He also said he had neither promised, nor gave any assurance to industrialist Kumar Mangalam Birla about allocation of the block in Odisha to his firm Hindalco.Singh, who was holding the portfolio of the coal ministry in 2005, said he only forwarded the letters of Birla and Odisha chief minister Naveen Patnaik in this regard to the ministry for careful examination.
“On being asked, I state that I do not recall having told anyone in PMO to issue reminders, other than the noting of my PS. It is a routine administrative matter. The PM does not go into these issues. Anyway, I had already stated that I did not try to influence anybody and that there was no undue haste in arriving at the decision,” he said.
While Birla had written letters requesting the government to “change the decision” of not considering Hindalco for the coal block, Patnaik had requested a review of the decision.
Singh, who has been summoned as accused by a special CBI court in the case, in a statement to the agency, said that recommendation of the ministry to accommodate Hindalco was approved by him.
“I knew of the decision that I had already given the approval to the secretary (coal) to approve the minutes of the 25th SC (screening committee) at his level.
The letter of Mr Birla was merely forwarded to the MoC (Ministry of Coal) with instructions to get a report,” he told the CBI.“I gave no promise or assurance to Mr Birla that coal block would be allocated. The request of Mr Birla was to change the decision and matter was whether or not the matter should be re-opened or not,” Singh said in his statement which has been placed on record before the court by CBI.
As per the 25th screening committee, the case of number of companies, including Hindalco, was not considered favourable and it had decided to allocate the Talabira-II coal block to Neyveli Lignite Corporation Ltd (NLC).
“On being asked, I state that I was aware of the fact that Jawed Usmani, the then joint secretary, PMO, mentioned in his note dated September 26, 2005… that the screening committee had already recommended the allocation of Talabira-II block to NLC, a PSU, and that this recommendation and its approval by PM was in public domain,” he said.
“What is to be understood is that the letter of Birla and the letter of CM of Odisha requested a review of the decision of the SC. It was for the ministry of coal to come up with a report.
“Finally, the recommendation of the MoC was approved by me as it was brought out in the notings of secretary (Coal) and the PMO officials that it was possible to take care of the interests of both NLC and Hindalco,” he explained.
The former prime minister has also said that he had many other “issues to worry” about, being at the helm of the government, and it was practically not possible for him to know and recollect every guideline on coal-block allocation.
The Supreme Court had, on April 1, stayed the trial court’s order summoning Singh and others, including Birla and ex-coal secretary PC Parakh, as accused in the case.