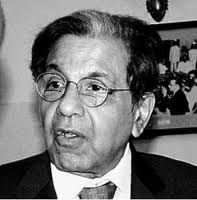 NEW DELHI : The BJP is having a politically expedient Friday.It confirmed this morning that it has acquired Satpal Maharaj, a powerful leader from Uttarakhand who spent more than 20 years with the Congress. It’s also expected to welcome soon NK Singh, who was a member of the Janata Dal (United) and a close confidante of Bihar Chief Minister Nitish Kumar.
Mr Singh, 73,  was upset after his party did not renominate him for another term to the Rajya Sabha. Instead, the Bihar Chief Minister suggested he should run for Parliament from the Banka constituency, a proposal Mr Singh rejected.”This offer was indeed surprising, albeit a cavalier one, since I had undertaken no preparatory work in the constituency….. Foisting any individual without prior consultation with the constituents may be grossly unfair to them,” Mr Singh had said in a letter to the Chief Minister.