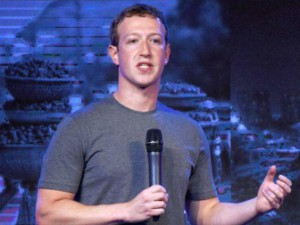 NEW YORK: “Disagreeing” with critics of the zero-rating concept, which allows Facebook-led initiative internet.org to deliver free basic Internet services in several countries including India, its founder Mark Zuckerberg on Friday said universal connectivity and net neutrality “can and must” coexist.
Mr. Zuckerberg’s comments come amid a raging debate that such plans lead to violation of the principle of Net neutrality in India, with partners in his dream initiative internet.org leaving the portal.Defending the initiative, Mr. Zuckerberg said: “We’re proud of this progress. But some people have criticised the concept of zero-rating that allows internet.org to deliver free basic Internet services, saying that offering some services for free goes against the spirit of net neutrality. I strongly disagree with this.
“We fully support net neutrality. We want to keep the Internet open. Net neutrality ensures network operators don’t discriminate by limiting access to services you want to use.It’s an essential part of the open Internet, and we are fully committed to it.”Net neutrality means equal treatment to all Internet traffic with no priority given to an entity or company based on payment to service providers like telecom companies, which is seen as discriminatory.
In a Facebook post Zuckerberg said: “But net neutrality is not in conflict with working to get more people connected.These two principles — universal connectivity and net neutrality — can and must coexist.”Mr. Zuckerberg, whose popularity has reached cult status after he created the world’s largest free social networking platform, said that to give more people access to Internet, it is useful to offer some service for free.
“If someone can’t afford to pay for connectivity, it is always better to have some access than none at all. Internet.org doesn’t block or throttle any other services or create fast lanes — and it never will.“We’re open for all mobile operators and we’re not stopping anyone from joining. We want as many Internet providers to join so as many people as possible can be connected,” he added.
Arguments about net neutrality should not be used to prevent “most disadvantaged people in society” from gaining access or to deprive people of opportunity.He warned: “Eliminating programmes that bring more people online won’t increase social inclusion or close the digital divide. It will only deprive all of us of the ideas and contributions of the two thirds of the world who are not connected.”The debate on Net Neutrality has in the past week gathered a huge momentum with travel portal Cleartrip today announcing that it is disassociating itself from internet.org.