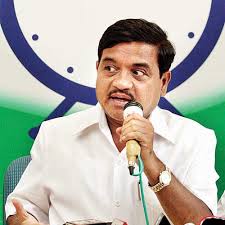 MUMBAI: Senior NCP leader and former Maharashtra Home Minister RR Patil has sparked a major controversy for saying that an MNS leader jailed for rape could have waited for the assembly elections to get over before committing the alleged crime. Maharashtra votes on October 15.
“MNS has fielded a candidate. Today MNS activists met me and said they would back me (in the elections). When I asked them why, they said their candidate is in jail. I asked what good act has he done? They told me that a rape case has been registered against him. If he wanted to contest and become an MLA, he should have committed rape after the elections,” Mr Patil said, while addressing supporters at Sangli on Friday.The NCP leader’s remarks led to a huge outrage, prompting him to issue an apology.
“If you hear my comment fully, you will understand in what context it was made. It was a sarcastic criticism of a rival candidate, who has a criminal background… There is no question of my insulting women. In case I hurt anybody’s sentiments, I tender an apology,” the 57-year-old said.
Describing Mr Patil as a “big joke”, BJP leader Shaina NC said, “He has absolutely no conscience and no right to be in public life. He should be voted out on October 15 by the people.”
In 2009, Mr Patil had kicked up a huge storm for his comments on the 2008 Mumbai terror attack that killed over 160 people. “In big cities like this, small incidents do happen. It’s is not a total failure,” the NCP leader had controversially said when asked whether the brazen attack was the result of an intelligence failure. The controversial remarks later resulted in Mr Patil losing his job as Home Minister.