NEW DELHI : A national award winner and Guinness World Record holder in dancing was sent to judicial custody by a court here on Monday.
Syed Sallauddin Pasha, a dancer a 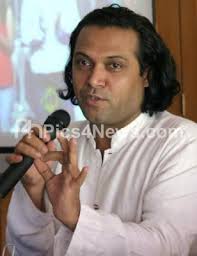 nd choreographer, was arrested from his home in Madhu Vihar area of east Delhi on Sunday, following a complaint by the woman who works as a dance teacher at a dance centre run by the accused’s wife.Metropolitan Magistrate Muneesh Garg sent Pasha to judicial custody till 26 May. According to the woman’s complaint, Pasha, who also looks after his wife’s dance centre, had gone to meet a sponsor in Daryaganj area a few days ago along with the woman. While returning, he molested the woman inside a car.
The woman claimed Pasha also used to sexually abuse the female students. Pasha holds a Guinness World Record and a Limca Record for creating 100 dance theatre productions and 10,000 performances by disabled persons across the world.