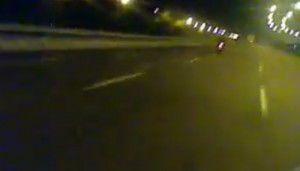 NEW DELHI: It’s a story no one in Delhi-NCR would like to believe. Vehicles were stopped on National Highway 1 near Murthal, famous for its dhabas; women commuters dragged to the fields and gang-raped.
But that’s what ‘The Tribune’ has claimed in a report. The English daily, quoting sources said that commuters going towards Delhi were attacked by goons in the wee hours of Monday. Their cars were set ablaze and the women were pulled out and dragged to nearby fields and gang-raped.
Terrified by the ordeal, the women lay still in the fields till their menfolk came looking for them. Residents of nearby Hassanpur and Kurad villagers provided clothes and blankets to the victims, The Tribune adds.
Shockingly, as per the newspaper, the police dismissed the incident as rumour even as eyewitnesses said at least 10 women were sexually assaulted.The victims and their families were ‘advised’ by officials not to report the matter to anyone “for the sake of their honour”, the report said.
“Three victims were taken to Amrik Sukhdev Dhaba and united with their families in the presence of senior police officers. They appeared lifeless. District officials who arrived there, instead of investigating the matter, persuaded the families to take the women home. Many were provided transport,” an eyewitness told the The Tribune.
High Court takes note of media reports on Murthal rapes during Jat stirHigh Court takes note of media reports on Murthal rapes during Jat stirSukhdev Dhaba’s owner Amrik Singh, was quoted as saying that he learnt about the incident at 3 am when some travellers heard the victims wailing.
Singh said a blockade on the highway near his dhaba was forcibly removed by security forces after a mild lathicharge. Some of the protesting youth hid in the fields as the security personnel escorted the stranded vehicles.
Another eyewitness said that after the security forces left, the youth returned to the highway and started to throw stones on vehicles that arrived in the meantime. After they started to torch the vehicles, the occupants started to flee. Some women were left behind and fell prey to the goons.
The Tribune also quotes Jai Bhagwan, who too runs a dhaba in the area, as saying that four young women took refuge inside a water tank near his dhaba.“We turned off the lights so as not to attract the attention of the goons. The hapless women remained there for hours till they were escorted out at daybreak,” he was quoted as saying.