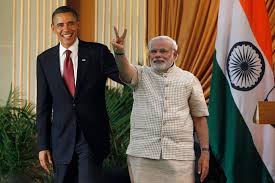 NEW DELHI : In a bid to make US President Barack Obama’s India visit a memorable one, Prime Minister Narendra Modi has decided to hold a joint radio address with the visiting American leader on January 27.
The Prime Minister took to his Twitter account on Thursday to confirm the development by tweeting, “I am eagerly looking forward to the special ‘Mann Ki Baat’ programme with President @BarackObama, which will be aired on 27th January.”
In a series of tweets, PM Modi informed that the January 27 episode of ‘Mann Ki Baat’ , which will be aired on the All India Radio, will be a special one as it will have President Barack Obama with him.
The Prime Minister also invited the countrymen to send in their valuable suggestions and questions using #AskObamaModi hashtag.
Through one of his tweets, PM Modi further informed that his government has specially created an ‘Open Forum’ for the countrymen to post their questions and suggestions.
In his final tweet, the Prime Minister urged the countrymen to be a part of this special episode of ‘Mann Ki Baat’ programme, which illustrates a special bond between India and the US.
It should be noted that Modi and Obama, during former’s visit to Washington DC in September last year, together had penned a joint op-ed along in the Washington Post. This was for the first time that an Indian leader has ventured on the path of a joint editorial.
Obama is expected to arrive here on January 25. On the same day, bilateral meetings, delegation-level talks followed by a state dinner at Rashtrapati Bhavan is scheduled. On the January 26, Obama will be at the majestic Rajpath for more than two-hours as a Chief Guest, witnessing the Republic Day parade.
On January 27, he is expected to give a speech on India and America at the Siri Fort Auditorium. Obama is also scheduled to visit the eternal monument of love – Taj Mahal – in Agra on January 27 before leaving for his home country.
Obama’s visit is also special because the Indian government is believed to have requested President Obama to bring his entire family – wife Michelle and daughters Sasha and Malia. However, the President’s daughters will give a miss to India trip as they tend only to travel with their parents when they are on vacation from school, a top US official said this morning.
Sasha and Malia, the 16 and 13-year-old daughters of President Barack Obama and First Lady Michelle Obama won’t be accompanying them on the trip, Deputy National Security Advisor Ben Rhodes told reporters. In 1995, then first lady Hilary Clinton travelled to India with her daughter Chelsea. Obama’s national security adviser Susan Rice has also done a family vacation in India with her children sometimes back. 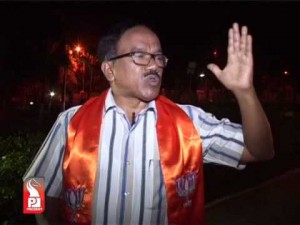 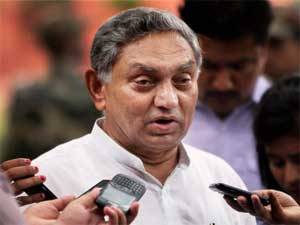 Next post Congress slams Dwivedi, says Narendra Modi not a symbol of Indianness