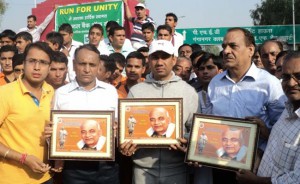 JAIPUR : Nihal Chand Meghwal, the union minister named by a woman in a rape case, did not show up in a court in Rajasthan today for the second time since August, when the state police said he was “missing”.Instead, Mr Meghwal’s lawyer appeared for him and said they had received a notice but his presence in court was not necessary.
“We are going to initiate action against the person who made the false complaint,” AK Jain told. He said the woman had only mentioned the minister in her complaint as someone who was “talking to her husband” and not as an accused.The 43-year-old minister told in Delhi yesterday that he had not received any summons.
A Jaipur court in June summoned Mr Meghwal and 16 others to appear in a case of rape and blackmail. Since then, the police have not served the minister any summons.
The police in Mr Meghwal’s home constituency Ganganagar told the court in August that they “could not find the minister” at his address as he had moved to Delhi.
The woman’s lawyer has said that Mr Meghwal was not hard to track down; he has made multiple appearances in Ganganagar in the past six months and has even been photographed with the district’s top police officer Hari Prasad Sharma – who had been ordered to ensure that the minister received the court summons.
On October 30, Mr Sharma joined the minister for a “Run for Unity” to mark Sardar Patel’s birth anniversary. Days before that, Mr Meghwal adopted a village at a very public event, apparently also overlooked by the police.Senior Congress leader Digvijaya Singh tweeted this morning, “The case of missing Minister Meghwal becomes more mysterious. Raj Police can’t find him although SP of the District has photo op with him !”
Aam Aadmi Party’s Yogendra Yadav commented, “Modi government’s minister Nihal Chand Meghwal is missing. Will Prime Minister help find him?”Mr Meghwal, a minister of state, was shifted from Chemicals and Fertilizers to Panchayati Raj in Sunday’s cabinet expansion, but he was not dropped despite the political controversy over the rape case.
He has not been named as a suspect by the police, a fact his party, the BJP has stressed when opposition parties have called for his sacking. In 2012, the state police investigated the woman’s complaint and closed the case. She then moved court, which summoned the minister and others named by her.
The BJP alleges that Mr Meghwal was framed by the previous Congress government of Rajasthan.