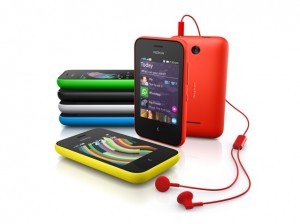 MUMBAI: The Android-based X series is not the only casualty of Microsoft’s big move on Thursday to restructure the company. Apart from a record 18,000 job cuts and the decision that X series designs will become future Lumia products running Windows Phone, Redmond also announced a decision to abandon Nokia’s Asha and Series 40 phones.
“With the clear focus on Windows Phones, all Mobile Phones-related services and enablers are planned to move into maintenance mode, effective immediately,” Jo Harlow, who heads the phone business under Microsoft devices said in an internal email accessed by BGR and The Verge. “This means there will be no new features or updates to services on any Mobile Phones platform as a result of these plans,” Harlow added.
The transition is likely to happen over the next 18 months, as Harlow said, “We are committed to supporting our existing customers, and will ensure proper operation during the controlled shutdown of services over the next 18 months.”As part of the shutdown, all developer activities around these platforms will also be ramped down.
“To focus on the growing momentum behind Windows Phone,” said Harlow, “we plan to immediately begin ramping down developer engagement activities related to Nokia X, Asha and Series 40 apps and shift support to maintenance mode.
“Nokia Xpress Browser and MixRadio are likely to be spun off into a separate business.
“We plan to consider strategic options for Xpress Browser to enable continuation of the service outside of Microsoft,” Harlow said in the memo, while a MixRadio spokesperson told ZDNet, “We are not closing down or ceasing to develop the service. We are being spun out as a separate company, although we will continue to be preloaded to Microsoft devices.”