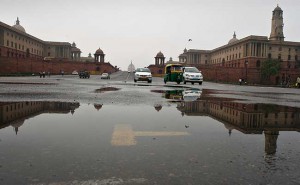 NEW DELHI: The Home Ministry is meeting seniormost police officials and bureaucrats of 10 states today to frame a strategy to counter extremist ideologies such as those propagated by the Islamic State and prevent Indian youth from getting radicalised by such doctrines.
The meeting, chaired by Union Home Secretary LC Goyal, is being attended by the home secretaries and police chiefs of Jammu and Kashmir, Uttar Pradesh, Andhra Pradesh, Telangana, Karnataka, Maharashtra, Kerala, Assam, Punjab, West Bengal and Delhi, a ministry official said.
At the meeting, a strategy is likely to be formalised for aiding the government’s efforts to neutralise extremist ideologies such as that espoused by IS, also sometimes referred to as ISIS or ISIL

“Attraction towards radical ideology of any religion is a matter of concern. We will have to put in place a system as there are inputs that the Indian youth are attracted to different extremist ideologies, including the ‘Caliphate’ promoted by ISIS,” the official said.

Counter-radicalisation efforts would include counselling of youth, convincing community elders to persuade the younger generation to not get influenced by any extremist ideology, monitoring of social media sites and taking preventive steps.
The focus would also be on how to respond quickly to any report of the youth planning to join terror groups like the ISIS, the official said.According to an official estimate, around 25 youngsters have been identified across the country as having been attracted to the idea of IS and wanting to join the group.
In Telangana, 17 people have been prevented from travelling to Syria and, recently, four from Maharashtra were also stopped from traveling to the Middle-East.Sources said that although none of them were arrested, they were kept under surveillance. They went through counselling and are leading normal lives.
Maharashtra and Telangana have already put in place a model for dealing with IS-related cases. While there have been arrests in some cases, agencies believe that arrest should not be the first option.

Monitoring of social media has already begun, sources said, adding that efforts would be made to gain the confidence of the Muslim community.
Officially, New Delhi maintains that only five young men from India have so far joined the Islamic State. Four of the five were from Maharashtra’s Kalyan, who went missing last year. Besides, six men of Indian origin – mostly from Gulf countries – have joined the group.