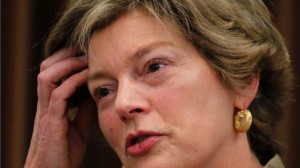 KOLKATA: While BJP-led NDA Government by now dropped enough hints about its weaknesses for foreign investments, for the first time West Bengal Chief Minister Mamata Banerjee leaving with moderately a big business and bureaucrats’ team for Singapore to attract investments for Bengalon Sunday.

According to Amit Mitra, Mamata Banerjee had decided to take this invitation of Singapore Foreign Minister seriously and she will during her stay also meet `Singapore Premier’ and will have talks.

Though Stephens was rather impressed both by Kolkata and Chief Minister, interestingly US’s former envoy to India Nancy Powel who accompanied former US secretary of state Hillary Clinton at Writers’ Buildings didn’t later get an appointment with Banerjee!

While nobody knows what transpired between two ladies, but sources said a disappointed Banerjee over emerging industrial scenario in the state may have got some positive hints from new American Charge d’Affaires.

According to observers, after  Ratan Tata’s widely played up statements hinting at Banerjee’s lack of political acumen for industrialization, Mamata Banerjee took both Stephens’ meeting her and her Singapore tour to silence her critics. “Let’s see if Bengal gets back some money now being invested for her tour,’’ quipped Dr S K Mishra, Left Front’s Assembly leader.