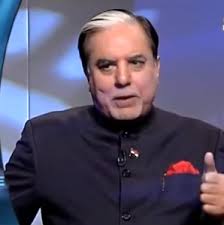 NEW DELHI: Media tycoon and Chairman of the Zee Group Dr Subhash Chandra felt that more could have been done for the media industry in Union Finance Minister Arun Jaitley’s Budget 2015.
“The media industry was expecting relief in terms of taxes which have been imposed during previous regimes.
Today Cable & DTH industry bringing the signals into One Hundred and Ten million homes and including community viewing it is reaching to 80-85% of the Indian population do not deserve such heavy taxation. It is suffering from Service tax, Entertainment Tax & import duties on set top boxes and other equipment,” Dr Chandra said.
“The license fee levied on DTH operation is huge,” he added.Pointing out that the wars fought in history have been over ‘zar’ (wealth), ‘zoru’  (women) or ‘zameen’ (territory), Dr Chandra said he believed that the third world war will be fought over mind share. “Who controls the maximum mind share will be the winner of third world war. To my mind the war has been already begun and India is not participating yet,” he said.
Dr Chandra stressed that to emerge as a leader in this global race for mind share, India will have to strengthen its reach to the humanity across the globe and for this traditional as well as the new media will be required to be strengthened.
He also pointed out that since its inception in 1992-93, television employs 1.2 million people across country today and reaches out to South Asia across Indian borders and in 170 countries. “This industry which can be termed as a soft power for India and Indians living overseas. It is due to this soft power from India, which could over past fifteen months take Indian Prime Minister Narendra Modi’s views to the diaspora which resulted into a huge gathering at Central Park in New York or for that matter at Sydney Olympic Park in Australia,” he said.
This growing industry contributes significantly to the economy and employment generation, and in view of this Dr Chandra averred, “We were expecting reduction of taxes in the 1st phase and expect to get same sops in 2nd and 3rd phase.”
“The Finance Minister will have to recognise that it is media industry which is a catalyst in digitising India as well,” he summed up saying