NEW DELHI : The family of Prime Minister Manmohan Singh has come out in his defence after two recent books sought to question his authority as the head of the government.
Dr Manmohan Singh’s eldest daughter Upinder Singh slammed Sanjaya Baru, the former advisor to the PM during 2004-09, saying his book ‘The Accidental Prime Minister – The Making and Unmaking of Manmohan Singh’ was nothing but a “stab in the back…a huge betrayal of trust…(and a) mischievous, unethical exercise”.Upinder told a leading English daily that Baru’s book betrays the trust of the PM as well as the access to Dr Singh that he enjoyed. She also questioned the timing as well as the contents of the book. 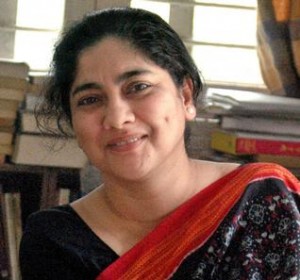 “While I am not speaking on behalf of the Prime Minister, we are extremely angry at the exaggerated level of access the author has ascribed to himself. It is an audacious account with so-called quotes, of even the Prime Minister, which have been recorded as facts. Reported speech has been used as direct speech. Is this ethical?’’ she told the daily.
With the book being released in the middle of the General Elections 2014, Upinder said the same could not be described as an “unbiased or objective book”.“It is absurd to say there is no political motive (behind the release of the book),” she further told the reporter.While stating Baru had told her recently that the book would be released after the elections, the PM’s daughter said the author had penned “gossip and unverified quotes”.
As a matter of fact, Upinder said, Baru was not part of the decision-making process in the Prime Minister’s Office.The author has said that the timing of the book’s release was preponed by the publishers as they believed no one would be interested in the work after Manmohan Singh demits office post elections.
Dr Singh has stated that he was not in race for third term as PM if Congress/UPA returns to power after the Lok Sabha elections.
Baru, in his book, claimed that Dr Singh was not the final authority in decision-making and that he had been “defanged” by the Congress in his second term with Congress president Sonia Gandhi deciding on key appointments to the Cabinet and to the PMO.
The PM, Baru says, seemed to “surrender” to her and to the UPA constituents.In another book released on Monday, former coal secretary PC Parakh said Manmohan Singh headed a government in which he had “little” political authority.“By continuing to head a government in which he had little political authority, his image has been seriously dented by 2G scam and Coalgate although he has had a spotless record of personal integrity,” Parakh observed in his book ‘Crusader or Conspirator? Coalgate and Other Truths’.