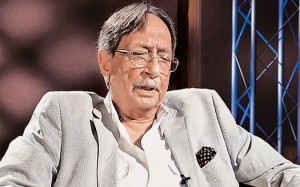 HYDERABAD: Prime Minister Narendra Modi has to learn the art of politics, thinks former head of Research and Analysis Wing (R&AW) Amarjit Singh Dulat.
Talking to a English daily , the former special director of the Intelligence Bureau said after Jawaharlal Nehru, it was Atal Bihari Vajpayee, who best understood the Jammu and Kashmir issue.
Dulat also described Modi’s policy of ‘not engaging’ in a dialogue with Pakistan as incorrect.
Speaking on the sidelines of a public discourse on his book, ‘Kashmir, The Vajpayee Years’ organised by Manthan, Dulat said: “Vajpayee was a leader and a politician and Modi should learn politics and it is the differentiating issue between the two.
Modi in my humble opinion has to learn politics and it is pity he did not learn it from Vajpayee who is the greatest Indian politician.”

Dulat, an IPS officer of 1965 batch of Rajasthan cadre, even said that Manmohan Singh was also better than Modi, since the former prime minister made every effort when it came to the issue of Kashmir.

Dulat, who rose to become an advisor on Kashmir in the Prime Minister’s Office and served there from January 2001 to May 2004, felt the PM should participate in the upcoming SAARC meeting in Islamabad.
The National Security Advisory Board member added that there was no direct influence of ISIS in the Valley. “Kashmiris harbour a sense of alienation, frustration and anger. And one should not misread the waving of Pak and ISIS flags during protests,” he said, adding: “Kashmiris are desperately seeking peace.”