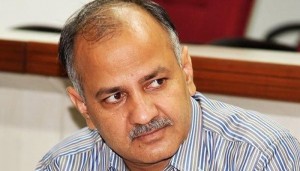 Talking to reporters, Meena, who was appointed by Lt Governor Najeeb Jung, said that a probe is on and a notice has been issued to the Directorate of Information & Publicity (DIP), Delhi, in this regard.
Notably, the DIP is entrusted with the job of informing and publicising the programmes, policies and activities of the Government of NCT of Delhi for citizens’ welfare, particularly for weaker section of society.
Meena was appointed as chief of the ACB by Jung on June 9 against the wishes of the Aam Aadmi Party (AAP) government.The clash between the Lt Governor and the Arvind Kerjiwal-led AAP government has resulted in the ACB now having two chiefs.
While the Delhi government-appointed Additional Commissioner SS Yadav for the post,
The LG appointed Meena. The AAP government alleged that the move was an attempt on part of the Union government to interfere in the functioning of the Delhi government and to protect Delhi Police from alleged cases of corruption.
The AAP government’s decision to spend a whopping Rs 526 crore for information and publicity in the current financial year drew sharp rebuke from the Opposition parties which had said spending public money on “self publicity” amounted to corruption.
The government, however, strongly defended the allocation arguing that a separate head has been created for publicity and advertisement for the first time and that the figure may be less than the amount spent in previous years by various departments.