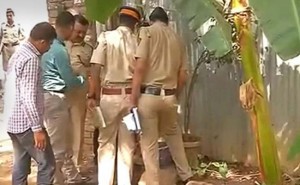 MUMBAI: A man who reportedly owns a security agency in Mumbai has been shot this afternoon at Film City.The police said Raju Shinde, 45, has been rushed to hospital after being shot in the stomach and arm by two men on a motorcycle, who were chased briefly before managing to escape.
Superstar Amitabh Bachchan tweeted “The 1873 – Okay !! Shooting at Film City .. and a gang war shootout 20 feet from where we are … !!1 dead .. cops all over .. (sic).”Film City is a large studio complex used extensively by Bollywood.
Senior police officer Fateh Singh Patil said, “After the firing, the assailants were chased by another security guard and both attackers ran away leaving their motorcycle in the jungle of Arey. We have seized the bike.”