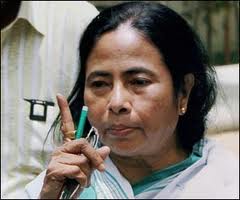 KOLKATA: Plain-speaking, by launching a virulent attack on the Congress over its economic policies and CPI(M), the Trinamool Congress leader and West Bengal Chief Minister Mamata Banerjee has stirred up a hornets’ nest in Congress and Left camps.
Mamata’s attacks with which she began her LS poll campaign yesterday, brought close both Right and Left. “Not only closer but almost in electoral terms directionless,’’ a political commentator told this reporter.
But looking for clues to hit back, both the camps now tagged her speech as “silent on BJP.’’ Speaking to this reporter, a senior Pradesh Congress leader told this reporter, “We are not worried but her almost no attack on BJP proved that she would like to keep her open to BJP-led NDA.’’
So said: Mohammed Salim, a top CPI(M) leader, “Mamata Banerjee has tried to ignore the more glaring failures of TMC Government on law and order and growing torture on women in Bengal. She actually left her options open for the (if they come to power) BJP-led NDA.’’
Incidentally, Banerjee who also attacked BJP as communal party did not elaborate her attacks on the party. “We do not want to see the face of communal violence in Delhi either.’’ (She apparently referred to Modi saying communal face.)
But it left a room for her political critics in Congress and Left camps that “her attack on BJP isn’t very sharp,’’ felt a CPI(M) leader.
Reacting to State Congress and CPI(M) reactions, a senior TMC leader poop-pooped the attacks: “Mamata Banerjee has said enough, the Left and Congress must realize that the BJP-led NDA is not ruling the nation now nor they are formulating economic policies which everywhere hurt the common people with inflation and unemployment, so where is the room for more criticism. We do not bother about their baseless criticism.’’