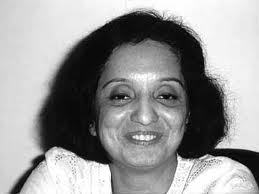 CHENNAI: The Board of Directors of Kasturi and Sons Ltd. (KSL), publishers of The Hindu and Group publications, at its meeting on January 20, unanimously appointed Malini Parthasarathy as the Editor of The Hindu effective February 1, 2015. Dr. Malini Parthasarathy will be in charge of all editorial operations, and be the Editor responsible for selection of news under the Press and Registration of Books (PRB) Act.
N. Ravi, Wholetime Director, will step down from his role as Editor-in-Chief of The Hindu on January 31, 2015. The Board placed on record Mr. Ravi’s contributions to maintaining The Hindu’s pre-eminent position as the most respected English newspaper in India.
The Board also noted that Dr. Malini Parthasarathy has the rare distinction of being The Hindu’s first woman Editor, and wished her the very best in taking The Hindu to greater heights.