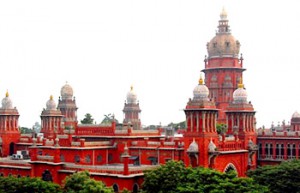 CHENNAI: The Madras High Court has recalled a controversial order directing mediation between a rapist and his victim days after the Supreme Court attacked the attitude, describing it as “a spectacular error” which is “against the dignity of women.”
The court has also cancelled the rapist’s bail which was granted so that he could meet his victim for a possible settlement and has ordered him to surrender.
Last month, Justice Devadass said V Mohan who raped a teenager in 2008 when she was 15 could leave jail for a mediation session. He said that in another case where he had made a similar intervention, “a happy conclusion” was reached with the rapist “agreeing” to marry his victim.
In this case, the judge said, the rape survivor, who became pregnant and delivered a baby daughter as a result of her attack, is “nobody’s wife… an unwed mother”, suggesting that her best option would be to reach a settlement with the man who assaulted her.
The woman, who is a mother of a six-year-old, had told reporters that she had no interest in mediation.The Supreme Court’s comments were made in the context of another rape case from Madhya Pradesh.