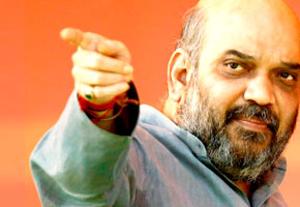 VIRINDAVAN: In Uttar Pradesh, it seems the old war cry ‘Jai Shri Ram’ is a thing of the past. The BJP now seems to be moving from love for a Ram temple to ‘Love jihad’.The party has passed a political resolution on ‘love jihad’ at its meet in Vrindavan, which is being held over the weekend to discuss its Uttar Pradesh agenda.
The term is a recent saffron parivaar creation which refers to girls from the majority religion being converted to minority religion using love and marriage as bait in an organised manner.Key points in the political resolution indicate that polarisation may be the key to the party’s future strategy. The resolution notes that accused in many “crimes against women of one community” belong to “one particular community” and that communal tension is rising due to “such crimes against women.”
It also accuses the ruling Akhilesh Yadav-led Samajwadi Party government in the state of “shielding the accused of one community.”The party has had already drawn up a list of incidents highlighting these biases.”Of all the cases of communal clashes in Uttar Pradesh, 71 incidents had crimes against women as the cause,” state BJP president Laxmikant Bajpayee said while backing the resolution.
Vinay Katiyar, one time poster boy of the Ram-Janmabhoomi temple movement, was more explicit in his charge. “Love jihad is on. If one goes to the depth of the incidents of communal clashes which are happening we find ‘they’ try to befriend girls from one community. If the attempts fail ‘they’ don’t just rape but even kill the girl. This is what happened in Amaniganj in Faizabad,” he said.
The Muzaffarnagar riots ahead of the Lok Sabha polls and the ensuing polarisation helped the BJP.  The party and its allies won 73 of 80 seats in the state – an increase of 63 seats compared to its performance in 2009.Since it worked in 2014, the BJP has less incentive to change its strategy for Uttar Pradesh in 2017.To keep the voters engaged, a parallel elaborate plan involving real politik too has been drawn up.
“From August 25, we will roll out a plan to integrate more youth, women and members of backward castes into the party’s structure,” said BJP spokesperson Vijay Pathak.