KOLKATA:  As elections are entering the remaining last phases, Bengal suddenly witnessed a return of  stirring up scandals time! And no stopping at any point which of course added no matter how bad, a special colour to West Bengal poll scenario.If it started with BJP Narendra Modi’s talking about her `paintings sold at as high a price as Rs 1.86 crore and link to Saradha scam,’ it kicked off a major release of broadsides of personal attacks with Bengal Chief Minister Mamata Banerjee calling BJP leader “out an out evil who will push the nation to darkness (a step ahead calling Modi is `communal face’) …. 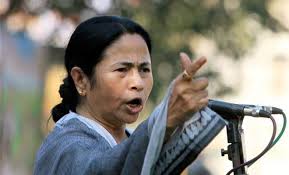 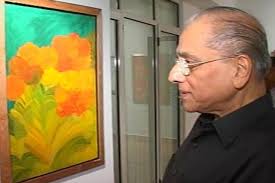 Earlier said (without naming Modi):..“a man who cannot manage his family, how he can run a nation? (Reference was obviously made to Modi’s family life)…. The personal attack continued asking voters “do not vote for butcher of Gujarat.’’   State BJP leaders reacted back, party’s state president Rhual Sinha told news man: “Let them go to court, the day they file defamation, we’ll file the same against them for Chief Minister’s making unprecedented personal attacks on Narendra Modi.’’
Interestingly, the CPI(M), which once launched nasty and dirty personal attacks on Mamata Banerjee during.2009 and 2011 general and assembly elections, including calling Mamata an American planted politician in Bengal, they
also used unprintable epithets…, picked up the  issue of  “dubious’ sale of Banerjee’s paintings by Saradha group today. “it only gladdened them that Banerjee’s cornered from all sides,’’ a commentator said, adding, “however, Banerjee created her own problem by discarding all manners that Bengal was known for before comrade Jyoti Basu.’’
Incidentally, the state Congress lacking in confidence due to unfolding Congress scandals nationally, remained silent both on the issue of personal attacks and on the issue of Saradha scam. “It’s wise to watch and see,’’ said senior state leader.But it’s difficult to predict though if these scandal stirring up, would help the TMC or CPI(M) either in the final outcome.