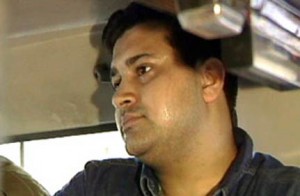 NEW DELHI: Out on ‘furlough’, Manu Sharma got married in a low-key ceremony in Chandigarh on April 22.
Reports say, when contacted, former union minister and Sharma’s father, Venod Sharma declined to comment on the marriage, saying, “It’s his personal life.”
Sharma had to put his marriage plans on hold when he was convicted by Delhi High Court in December 2006 for shooting Jessica Lall. Lall had refused to serve liquor to Sharma at Tamarind Court restaurant owned by socialite Bina Ramani in South Delhi. The ruling was upheld by Supreme Court in April 2010.
According to the reports, an official from Tihar jail confirmed that Manu Sharma was out on furlough and not parole which requires legal sanction.Manu Sharma has known the woman for last 10 years.
Earlier in 2015, Sharma completed his post-graduation from Indian Institute of Human Rights after being released on 30 day parole to attend exams. While in Jail Sharma also gets involved with his NGO, Siddharth Vashisht Charitable trust, which works for the welfare of jail inmates.