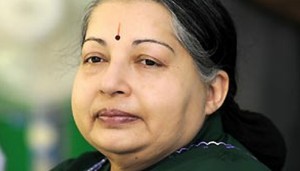 BANGAL:ORE: In a massive setback to former Tamil Nadu chief minister J Jayalalithaa, the Karnataka High Court on Tuesday denied bail to her in a disproportionate assets case.Rejecting her petition seeking immediate bail and also dismissing her plea for suspension of the four-year sentence awarded to her by the trial court, Justice AV Chandrashekhra said, “No ground for bail to Jayalalithaa.”“Corruption amounts to violation of human rights; leads to economic imbalance,” he added.
Reports added that the judge said that he is denying bail in view of clear directions from the Supreme Court to fast-track corruption cases. Emotional scenes played out outside the court as AIADMK workers had started to celebrate prematurely after the public prosecutor told the the court that he is not opposed to ‘conditional’ bail to Jayalalithaa. However, the joyous scenes turned into gloom after the judge rejected the bail plea despite the prosecution not opposing it.
Jayalalithaa was represented by senior counsel Ram Jethmalani, who cited the bail granted to RJD chief Lalu Prasad Yadav after he was convicted in the fodder scam. The HC had refused bail to Lalu but it was granted by the Supreme Court, Jethmalani said.In his 90-minute deposition, Jethmalani assured the judge that his client (Jayalalithaa) would abide by any condition put forth for bail, as she was a former chief minister and would not disappear or escape from the country.
The defense lawyer also sought bail on health grounds, saying she has diabetes, low blood pressure, acute back pain and is aged (66 years).However, the court rejected all the arguments.The court also denied bail to her Jayalalithaa’s aide Sasikala and her relatives VN Sudhakaran and Elavarasi, who were also convicted in the case.
Jayalalithaa will now continue to be in custody in a Bangalore prison. A special court here had on September 27 had convicted Jayalalithaa in the Rs 66-crore disproportionate assets case and sentenced her to four years` simple imprisonment, with a fine of Rs 100 crore under the Indian Penal Code (IPC) and the Prevention of Corruption Act.
Sasikala, Sudhakaran, the disowned foster son of the former Chief Minister, and Elavarasi were also sentenced to four years in jail, besides a fine of Rs 10 crore each.Section 144 of the Criminal Procedure Code remains clamped within a one kilometer radius of the High Court and Parapanna Agrahara Prison to prevent any law and order situation.Police in Tamil Nadu are also maintaining a strict vigil.