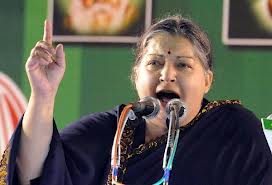 Bangalore Central jail after being convicted in 18-year-old disproportionate case by a special court on Saturday.
The Tamil Nadu Chief Minister ate a late supper and was served ragi (malt) ball, plain rice, sambar and curd rice with pickle as per the jail manual. After the verdict, Jayalalithaa has been disqualified as the member of the Tamil Nadu Assembly and has to resign from her post as the chief minister of the state.
To propose the name for the next chief minister of the state, AIADMK is likely to hold a meeting in Chennai today. The meeting is scheduled to be held later today and the legislators have been asked to be present. Some of the names of Jayalalithaa’s cabinet ministers including O Panneerselvam, Natham Viswanathan and V Senthil Balaji besides former Chief Secretary and Advisor to Tamil Nadu government, Sheela Balakrishnan are doing the rounds for the top post. However, Jayalalithaa could still spring a surprise by possibly nominating a more not-so-known face. The court awarded a sentence of four years in prison and levied a fine of Rs 100 crore on her after she was found guilty of amassing Rs 66.65 crore wealth disproportionate to known sources of her income during her first term in office. 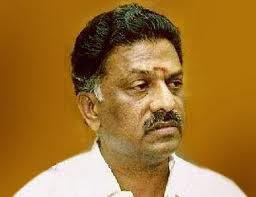 Her aide Sasikala Natarajan, her son VN Sudhakaran and her niece Ilavarasi were also sentenced for four years. Meanwhile, normalcy was returning to the state which witnessed sporadic violence in the aftermath of Jayalalithaa’s conviction and sentencing, police said. Bus services, suspended in many parts of the state, were being resumed in a phased manner though operations to Bangalore were still not being taken up.