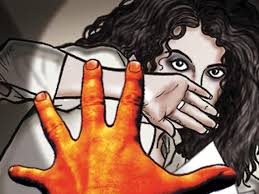 GAYA/ KOLKATA: In another shameful incident, a Japanese girl was allegedly confined and raped by two persons in Bihar’s Gaya.The accused were arrested on Friday by a joint team of Kolkata and Gaya Police.
“A joint team of Kolkata and Gaya Police arrested two brothers — Zahir and Shahid — from their house in Taro village under Fatehpur police station of Gaya district for confining and raping a Japanese girl,” said Senior Superintendent of Police, Gaya, Nishant Kumar Tiwari.
After contacting the Japanese consulate, the girl had lodged an FIR at Park Street police station in Kolkata that the duo along with a few of their accomplices had confined her since November 26 and gang-raped her, he said.
According to police, the girl was befriended by one Wasim Khan on November 20 in Kolkata who spoke Japanese and with whom she went to Gaya.
“Once there, Wasim molested her and took Rs 76,000 from her bank account before handing her over to the duo (Zahir and Shahid). There (Gaya), the brothers confined her till the end of December and repeatedly gang-raped her,” said Special CP (Crime) of Kolkata Police, Pallab Kanti Ghosh.
Later, they put the girl on a bus bound for Varanasi where she got in touch with her friends and contacted the Japanese consulate in Kolkata, Ghosh said.
After returning to Kolkata on December 26, she lodged the FIR following which Wasim was arrested. Acting on information collected from him during interrogation, a Kolkata Police team went to Gaya and arrested the duo and brought them to Kolkata.
The two brothers were arrested on charges of rape and cheating the Japanese girl, the Gaya SSP added.