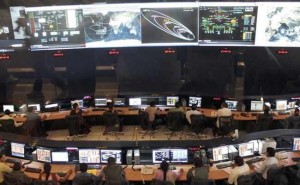 BANGALURU: Indian Space Research Organisation (ISRO) will be launching nine nano / micro satellites for United States during 2015-16 time frame. This will be the first time that ISRO will launch US satellites.
“As on date, Antrix Corporation Ltd, the commercial arm of ISRO, has signed agreement to launch about nine nano/micro (US) satellites during 2015-2016 time frame,” ISRO Director Public Relations Deviprasad Karnik told Pti.
These satellites will go as piggyback on PSLV’s (Polar Satellite Launch Vehicle), officials said.So far, 45 satellites belonging to international customers from 19 countries have been launched successfully by ISRO’s satellite launch vehicles.
Meanwhile Dr K Sivan, Director of Vikram Sarabhai Space Centre, Thiruvananthapuram, said that the first Reusable Launch Vehicle-Technology Demonstration (RLV-TD) would be held during the end of this year.
“The first RLV technology demonstration will be held in the end of 2015,” Dr Sivan told reporters in Thrissur.RLV-TD is a series of technology demonstration missions that have been considered as a first step towards realising a Two Stage To Orbit (TSTO) fully re-usable vehicle.
Dr Sivan also said that the fully indigenous developed Geo-synchronous Satellite Launch Vehicle (GSLV) D6 would be launched by end of this month, adding the cost of the 2.5 tonne vehicle would be around Rs. 250 crore.
The launch of GSAT 6 is expected to give a huge impetus in the field of communication sector in the country.